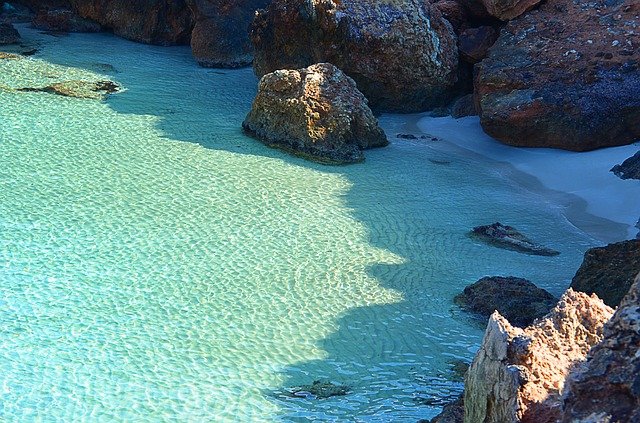 Weekend in Ibiza. Planning a Hen Party for your friend, that can be your future task. First of all, I would like to introduce myself. I am Olga and I would like to explain our experience. I was asked to plan a hen do for a good friend of mine, her name is Sonia. She is from Spain, although she has been living for several years here in France, specifically in Bordeaux. I didn’t know where to start!  So, I gathered all the friends in the group that were going to go. We decided to go a weekend in Ibiza and celebrate.We were paying her a little tribute by taking her to her country.

At the same time, we all really wanted to go to Ibiza for a weekend! We had always heard wonderful things about the island and wanted to see it.

We spent many hours searching the internet to see everything. On the one hand, Vicky was looking for the best prices for plane tickets. Ana was looking for accommodation and I was looking for activities to do. We started to get a bit stressed and had some doubts. For that reason, we decided to take a complete package in which everything was provided for us. The only downside was that the airline tickets were not included.

The villa had a swimming pool with large areas with sunbeds, bright areas and wonderful views, we couldn’t have been more delighted! I really liked the accommodation.  Regarding the activities, we had two possibilities. To do free activities or to hire a pack. So we did a mix. We wanted to have time for ourselves, to be able to relax and disconnect a bit, as well as having fun.

So, we took a local guide to take us around the island. They took us by van to Ses Salines, where we were able to see one of the most magnificent beaches I have ever seen. After a while, we were taken to the port of Ibiza where we set off on a catamaran.

We went on a 3 hour tour discovering the most beautiful coves of the island, where we were told that they were inaccessible on foot. The only way to get there was by boat. The weather was fabulous. Even though it was April, it was 28 degrees! A clear and sunny day.

When we finished, we went to the villa. We rested for a while and got ready for dinner. We wanted to have dinner in an atmospheric place. That was our package.

We chose a package with dinner, plus show and disco

We went to a Beach Club that was open in the evening, the atmosphere was great. While we were having dinner a party started in their private beach area, they had a DJ and entertainment.

We were having dinner at a table right at the beginning of the sand. We could join the party at any time. The menu was very fresh and local produce, salads, rice paella with meat, fish and wine. Delicious. At the end of the dinner, we were taken to a private room. There we had a surprise in store for Sonia, a stripper! His name was Juan. He was a mulatto boy, very lively and friendly, as well as handsome…. Sonia was delighted.

We were all delighted!

At the end of the performance, we joined the party at the Beach Club. In a few minutes, it was full of people. It was hot but with the sea breeze, it was a pleasant temperature. The party was spectacular.

The next day, we decided to stay in the fabulous villa

The flight left in the evening, so we could still enjoy the whole day. So our recipe was to sunbathe, disconnect and tell all the anecdotes of the weekend in Ibiza!
I can say that Ibiza exceeded my expectations. It is a dream place. I leave you the contact details of the guys who helped me with all the organisation in case you want to come along!